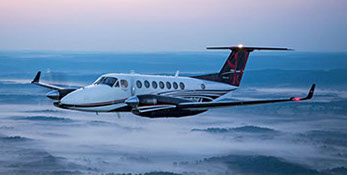 Business jet deliveries were flat through the first half of 2018, while turboprop shipments jumped nearly 10 percent year-over-year, according to delivery statistics released today by the General Aviation Manufacturers Association.

Airframers handed over 296 business jets during the first half of the year, the same total as a year ago, led by Textron Aviation, which handed over 84 Cessna Citations. Business turboprop deliveries, meanwhile, rose from 237 in the first half of 2017 to 260 thus far this year. Piston-powered aircraft deliveries increased by 6.4 percent year-over-year, contributing to an overall 5.3 percent bump in airplane deliveries.

On the rotorcraft side, total shipments grew by 6.7 percent year over year, with gains in both the turbine segment (2.1 percent) and the piston-powered segment (19.2 percent). Billings in both the airplane and rotorcraft sectors were down from the first half, reflecting a higher percentage of lower cost aircraft deliveries. Aircraft billings fell 5 percent, to $8.58 billion, while those for rotorcraft dipped 11.6 percent, to $1.66 billion.

“Though this quarter`s results are mixed, we are glad to see that demands for training aircraft are driving increase in the piston and rotorcraft segments,” said GAMA president and CEO Pete Bunce. “The Boeing 2018 Pilot and Technician Outlook shows the demand for pilots, technicians, and other aviation industry professionals is at an all-time high.”