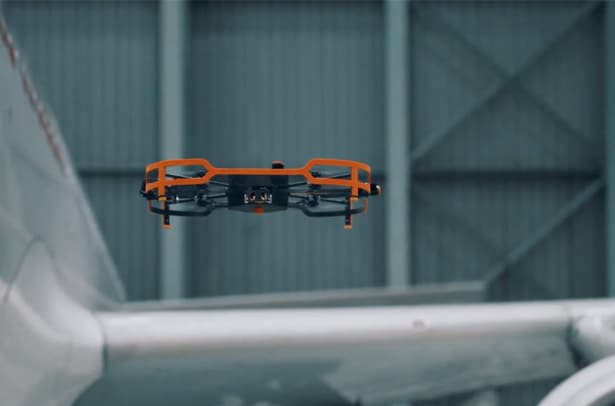 Austrian Airlines is testing out a new system that uses autonomous drones to inspect its aircraft for paintwork and structural damage.

The company says it has been using the dronesâ€”supervised by an aircraft technicianâ€”to inspect its 36 Airbuses since the middle of the year. It plans to continue the tests until the end of 2019 and expand them to include the airline`s Embraer fleet beginning this month. According to Austrian, drones have cut inspection times of four to ten hours to less than two hours.

As shown in the video below, the drones use a combination of laser technology and high-resolution imagery to identify and flag potential problems for further examination by the airline`s maintenance team. Austrian says the technicians employing the new technology have been given “extensive theoretical and practical training in operating the drone.”

The drones used by Austrian for its inspections were developed by French startup Donecle. The partnership arose through an innovations competition held by Austrian Airlines sister company Lufthansa Systems. Austrian`s use of drone inspections is serving as a test case for the Lufthansa Group, which plans to use data and experienced gained during the test period to further develop the technology with Donecle.