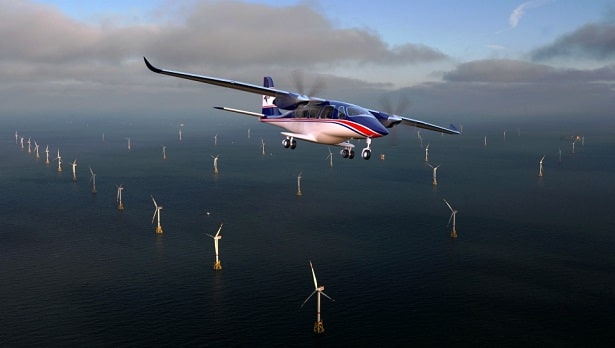 Called the E10, the all-composite, short take-off and landing aircraft will be marketed as an alternative to general, business and commercial aviation stalwarts such as the Cessna 402, 208 Caravan, Beechcraft King Air and Britten-Norman BN-2 Islander.

“The market for the E10 is huge,” says Rosario de Luca, co-founder of the Munich-based company.

He says with pressure on the aviation industry to lower its carbon footprint, the E10 will appeal to operators in markets such as air taxi, air ambulance, cargo, corporate, scheduled passenger and owner-flyers.

Scylax is being assisted in the E10’s development by its German parent company, the solar-powered aircraft specialist Elektra Solar, as well as regional operator and shareholder FLN Frisia-Luftverkehr, which plans to replace its fleet of nine BN-2s with E10s.

Scylax is privately funded, but following the design freeze, expected “very soon”, it plans to seek other sources of investment. “We need to raise â‚¬7 million to build and fly the first prototype,” de Luca says.

He hopes to secure around half of the funding through private investment and the other half through the German government`s “green funding initiatives” – local grants designed to “promote green technology and reduce CO2 emissions”.

Scylax plans to fly the E10 in 2022. Once that milestone has been passed it will seek a further â‚¬70 million to bring it to market at a price of around â‚¬2 million per aircraft.

“We are aiming for certification and service entry in 2027, by which time battery technology will be far more advanced than it is today,” says de Luca.

The E10 will be certificated under Europe’s CS-23 regulations.

The E10’s two electric motors will be powered by four 60kW battery packs, which will give it a range of around 160nm (300km). “We expect the battery density to be double what it is now, so the E10’s range should be in the region of 600km by the time it enters service,” says de Luca.