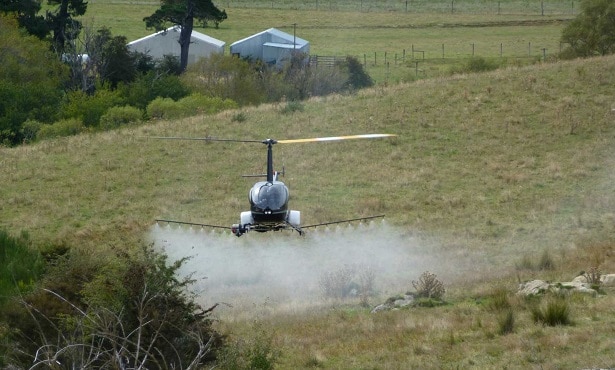 Aerial application solutions company UAVOS announced that it has converted a Robinson R22-UV helicopter for use as an unmanned agricultural drone. In addition to the modifications necessary for remote operation, the R22-UV “agro-drone” has been equipped with a 100-liter (26-gallon) tank and spray system for liquid chemical delivery. According to the company, the aircraft has an endurance of approximately two hours.

“[The] R22-UV can be operated in the regions without airfields, under severe weather conditions and during nighttime, in the conditions with a high probability of risk for the pilot,” said UAVOS. “Unlike heavy machinery, which cannot go into a field immediately after a heavy rain, UAV has no impact on the ground â€¦ UAVs also enable growers to spray their crops precisely and at will, which is critical for fighting herbicide-resistant weeds.”

UAVOS specializes in the development and manufacture of unmanned vehicles, autopilot systems, and components including servo drives, pan-tilt platforms and rescue/emergency landing systems. The company has offices in Hong Kong, the U.S. and Switzerland.