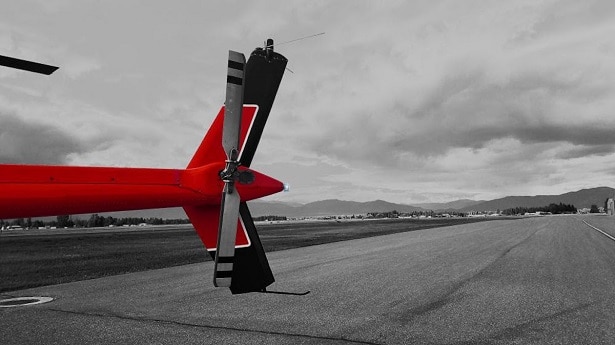 uAvionix`s tailBeacon has been accepted by the FAA for installation on rotorcraft, with no further updates or changes required.

FAA officials reported in early December 2019 that only 53% of rotorcraft will be equipped with ADS-B Out by the Jan. 1, 2020, deadline.

“There is a significant gap left to cover, and the FAA is motivated to close that gap,” said Ryan Braun, uAvionix COO.

Braun noted that when tailBeacon was STC`d, the company made a “cautious decision” to announce that installing the ADS-B solution on rotorcraft was not permitted.

“Understandably, we received a lot of feedback and disappointment from the helicopter community,” he said. “This disappointment was justified in that we had previously communicated that tailBeacon would be acceptable to these aircraft. But we weren`t finished, and we ramped up our efforts to make it so.”

“When we certified tailBeacon, we fully expected to allow installations on rotorcraft,” he continued. “To that end, we performed extensive environmental testing, including the specific vibration testing required for rotorcraft installations. If our Beacon products have a secret sauce, however, it is their ease and speed of installation. We needed to ensure that customers did not need to install new sensors or run new wires.”

“Enter FAA Advisory Circular 20-165B. This document, which can serve as a means of compliance during certification, interprets the ADS-B rule to say that a means to determine whether the aircraft was on the ground or in the air was necessary, including for rotorcraft. Our Beacon products employ unique algorithms for airplanes to determine this air/ground state, but doing so accurately for rotorcraft is more difficult. This is an important bit of information for Air Traffic Control (ATC), as the automation display systems process the data differently if the aircraft is in the air or on the ground.”

This was further complicated by the actual TSO requirements, which state that a rotorcraft should simply set itself to airborne, and the ground state is not necessary, he said.

“It turns out those statements in the TSO requirements are federal law. uAvionix followed this guidance to achieve TSO certification, which arguably conflicts with the Advisory Circular, leading us to caution against installation. We didn`t want to put customers at risk of non-compliance.”

“To add to the confusion soup, the FAA wisely issued a broadly used memorandum, often referred to as the ADS-B Policy Memo,” he said. “This memo has been used countless times by our customers to install both skyBeacon and tailBeacon on aircraft not included in the STC AML, and is a great piece of forward-thinking policy by the FAA. Critically, this memo also allows installations of ADS-B equipment to cross categories, meaning an installation certified under Part 23 (airplane) can be applied to Part 27 (rotorcraft). Using the memo simply requires completion of FAA Form 337, which has been pre-approved by reference to that memo. No further approval, FSDO or otherwise, is required. While this policy provides clear and legal guidance on installations, it did expose a gray area created by the AC 20-165B.”

That gray area no longer exists, however.

“The FAA has determined that the proper behavior for a rotorcraft installation is as exhibited by tailBeacon. This is the same behavior that Europe and other international bodies have defined,” he said.

Only certain advanced rotorcraft, currently equipped with systems specifically designed to determine air/ground state as an intended function (not to be confused with squat switches or collective sensors that may drive Hobbs meters), are exempted from this determination, he noted.

The company has posted a sample 337 form specific to rotorcraft tailBeacon installations.