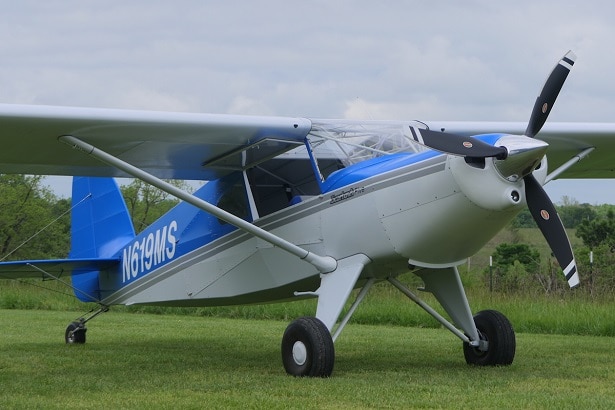 Bearhawk Aircraft has introduced its largest Bearhawk model to date, the Bearhawk 5.

The new aircraft was designed by Bob Barrows and is the first in the lineup of Bearhawk aircraft to use a 300-horsepower engine, seating up to six occupants.

The Bearhawk Model 5 made its first flight May 3, 2020. The prototype has flown more than five hours in testing and is exhibiting excellent flight characteristics, according to test pilot Rollie van Dorn.

The Bearhawk Model 5 has been under development for two years. Slightly wider and longer than the original 4-Place Bearhawk, the new design is powered by a spec-built Lycoming IO-580 engine.

The first Bearhawk Model 5 was built in collaboration with avid Bearhawk builder Collin Campbell of Bolivar, Missouri. Collin has scratch built a fleet of different Bearhawk models and has a reputation for outstanding workmanship, company officials note.

Mark Goldberg, the president of Avipro/Bearhawk Aircraft, says he has been eager to introduce the Model 5 for some time.

“A brief history of how this design came about: A friend of design engineer Bob Barrows requested he create a larger version of the Bearhawk 4-Place as this friend is a big guy. Bob did the drawings for his friend, who began construction on it. However, health issues forced him to quit working on the project and it sat for about a year. One day I was talking to Collin Campbell, who told me he was getting bored now that his Bearhawk LSA was finished and flying.”

Mark said a light bulb came on and a plan was hatched for Collin to finish the Model 5 project.

“Truly, there is no one in the world, except Bob himself, more qualified to have built this prototype than Collin,” he said.

There is room in the Model 5 for fifth and sixth seats in the back or, alternatively, extra cargo space, Mark added.

The prototype Model 5 partly owes its outstanding performance to the Lycoming IO-580 at 315 hp, according to Mark. A three-blade Hartzell 82-inch diameter carbon fiber Trailblazer propeller completes the package with its strong takeoff thrust and climb.

At a projected gross weight of 3,000 pounds, with utility category strength at full gross, the 1,512 pound empty weight of the Model 5 results in a plane that is expected to carry double its own weight, according to Bearhawk officials.

Landings were kept to under 650 feet as the wet, muddy runway conditions in the very middle of the 1,350-foot runway allowed use of only half the strip, Rollie reported.

“Collin did a beautiful job building it, and he and I worked together for the three days I was there to get as much done as we could. The Bearhawk Model 5 offered no surprises on takeoff or climb out. With all that power, things happen quickly,” he said.

Rollie also noted power-on stalls to be less than 40 mph.

The Bearhawk lineup includes the two-place Patrol, Companion and LSA models. The 4-Place and new Model 5 fill out the larger end of the lineup. All are available in kit or plans. According to company officials, 2-Place and 4-Place Bearhawk kits are now shipping.